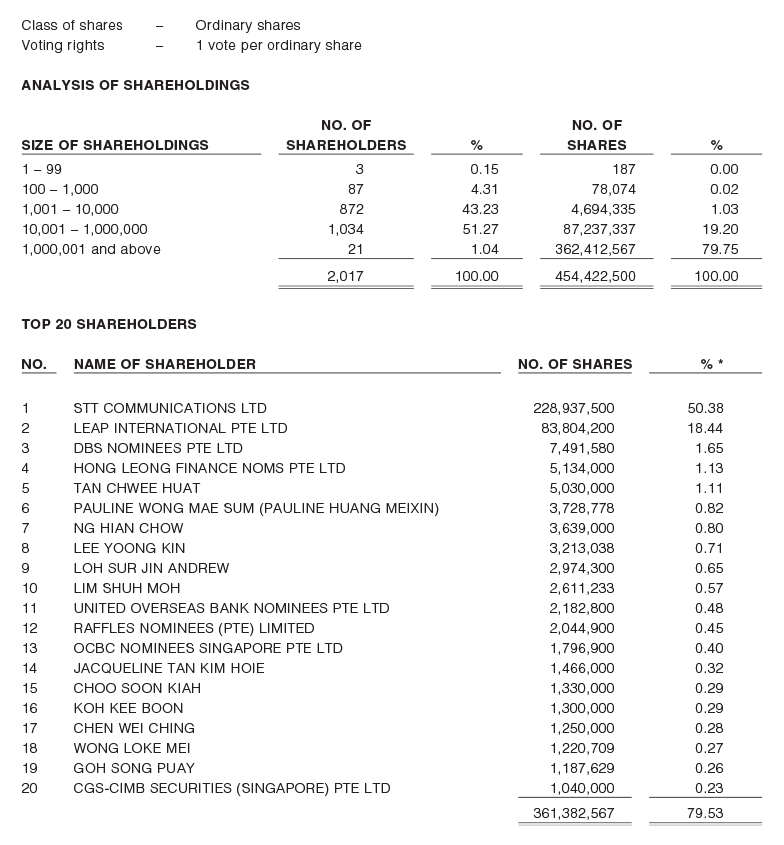 * The percentage of shareholdings was computed based on the issued share capital of the Company as at 8 March 2021 of 454,419,335 shares (which excludes 3,165 shares which are held as treasury shares representing approximately 0.0007% of the total number of issued shares excluding treasury shares). There were no subsidiary holdings (as defined in the SGX-ST Listing Manual) as at 8 March 2021.

Shareholdings Held In Hands Of Public

Based on information available to the Company, approximately 30.20% of the Company’s shares listed on the Singapore Exchange Securities Trading Limited were held in the hands of the public. Therefore the Company has complied with Rule 723 of the SGX-ST Listing Manual.